Add my books to your Goodreads shelf 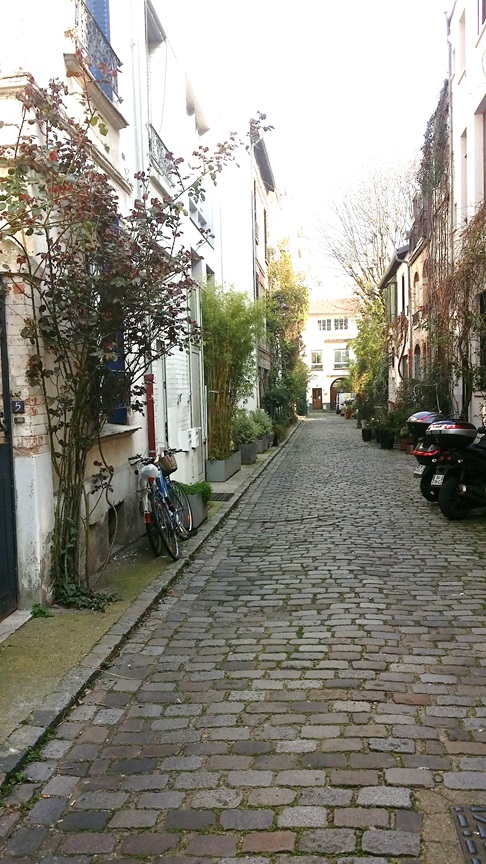 So I just returned from Paris. I know, I know, my life is hard.

For the last three weeks I have been immersed in a language I don’t know, learning cultural etiquette via trial and error, and obsessed with butter in all of it’s glorious forms. I walked, and thought, and got lost in the beauty of the city, cocooned by anonymity and language. It was a much needed break from the daily grind and I have returned with renewed energy and inspiration. How could I not?

I know there are many types of nerd, so I will post accordingly. For my pop culture people? This one’s for you.

Le Dernier Bar avant la Fin du Monde near Chatelet, is arguably the epicenter of pop culture nerdery in Paris. They’re not messing around. This is more bar than restaurant despite the delicious spread on display here. There are three distinct levels themed in various fandoms. Want to get your tabletop on while sitting near the Iron Throne? You can do that here. The downstairs bar had Buffy’s (or is it Faith’s?) scythe attached to the grate on the wall. The first night I visited was cosplay for  Frank Miller’s  300. I didn’t know this, and thus perched awkwardly in various places because there was nowhere to sit. The place was mobbed. The second time I visited, I cozied up in a threadbare wingback chair on the top level and read and drank my way through Eragon. Occasionally I would recognize one of the theme songs playing as background and hum along (The Real Folk Blues, is a universal nerd standard). At one point the entire service staff belted out the chorus from an anime I don’t know, but now must find and watch. The Thundercats theme song in French also happened to me. This is a great spot to flex your French language skills on the tabletop and get a dose of your fandoms. All of them. They were thorough.

There are other pockets of nerd life tucked away in Paris. Want to get your crepe on in the sugary pink surroundings of a Lolita den? Princess Crepe provides (disclaimer: my French friend is not impressed by the crepes). I opted for a savory crepe which was OK, but I found myself asking, but why is there corn in this?

Do you love eyeballing action figures? Especially drool-worthy collector’s items you can’t afford? Lulu-Berlu is there for the ogling.

Ran out of manga/comics you haven’t read on your 20 hour flight? Refill at Hayaku Shop, Album, or  Manga Cafe.

Stay tuned museum nerds, the next one is for you.